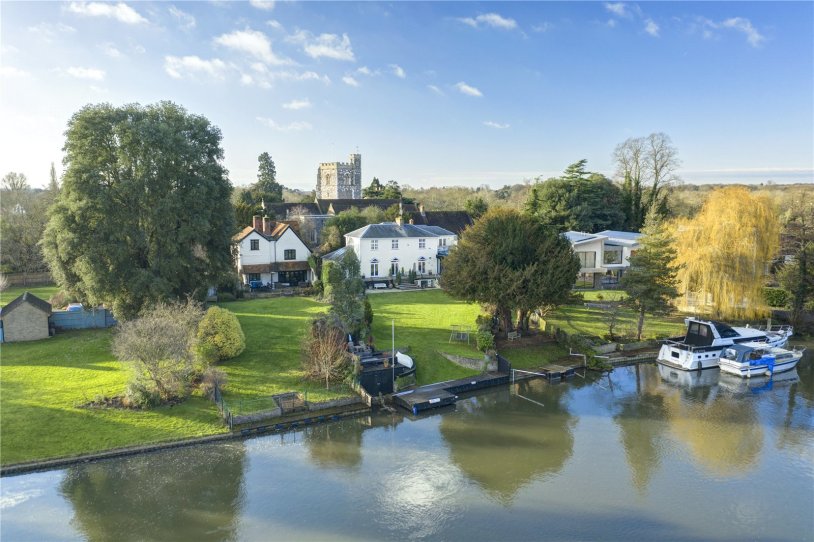 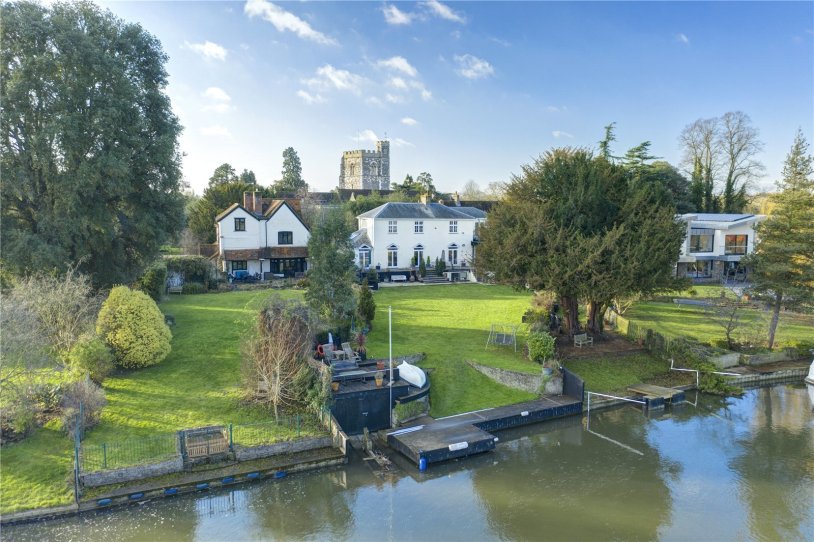 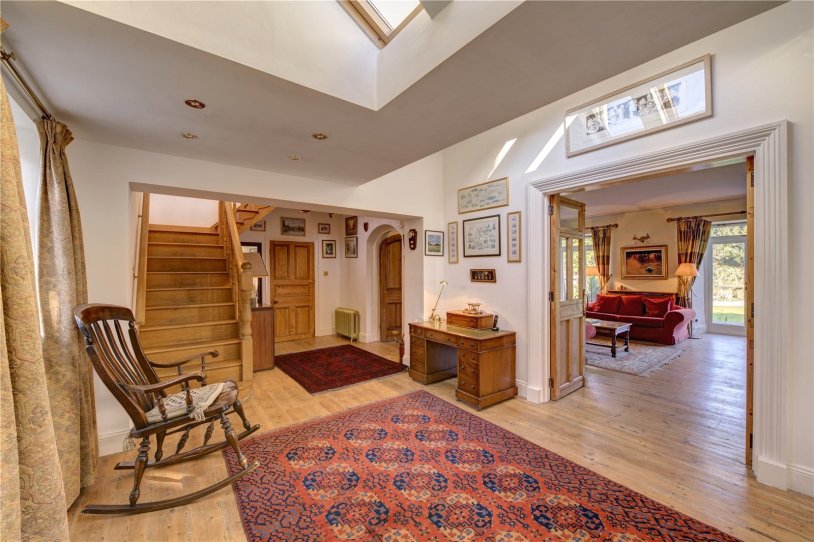 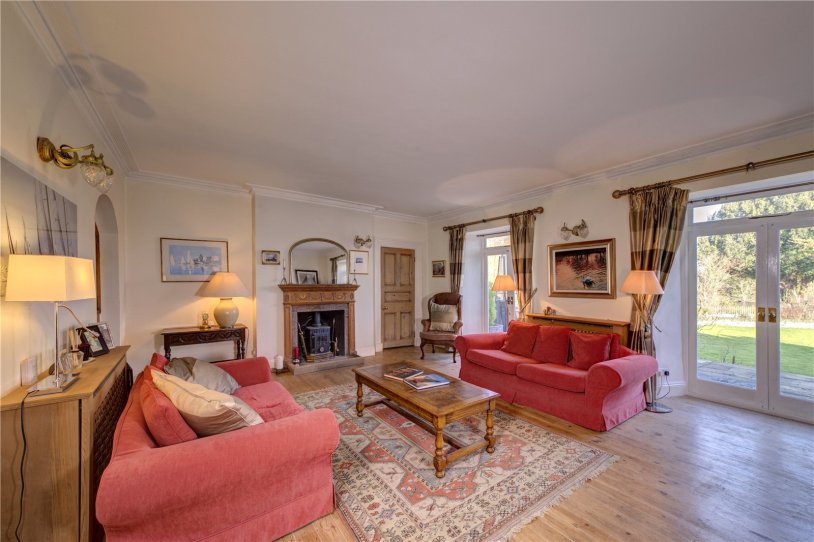 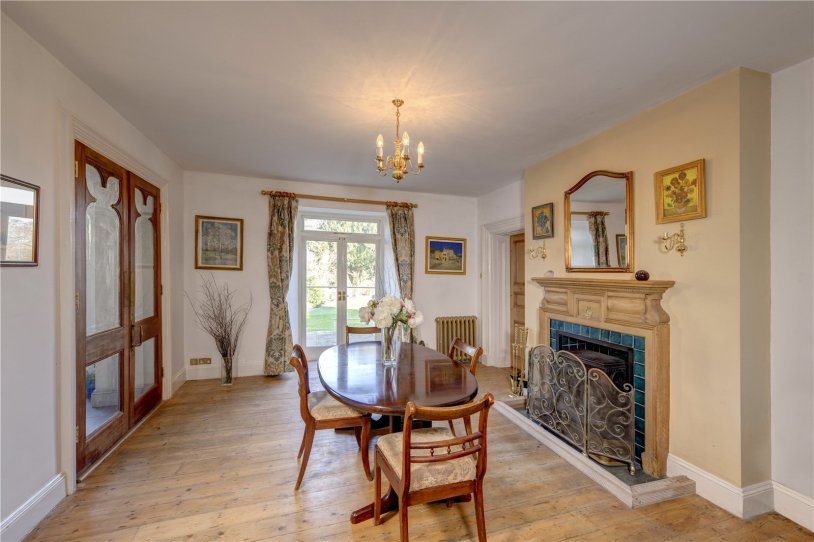 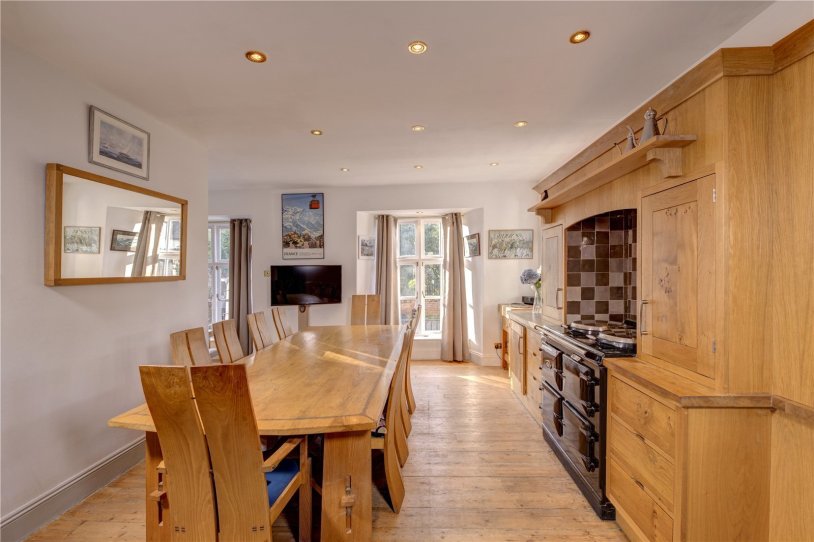 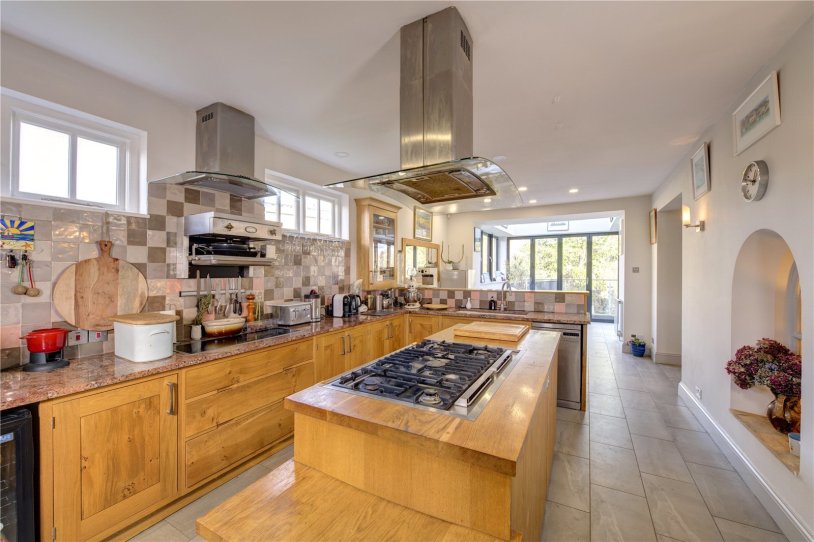 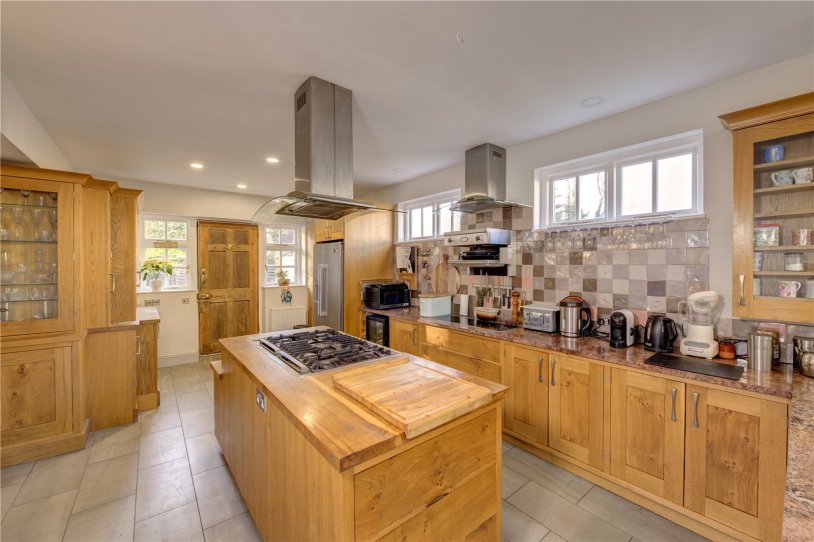 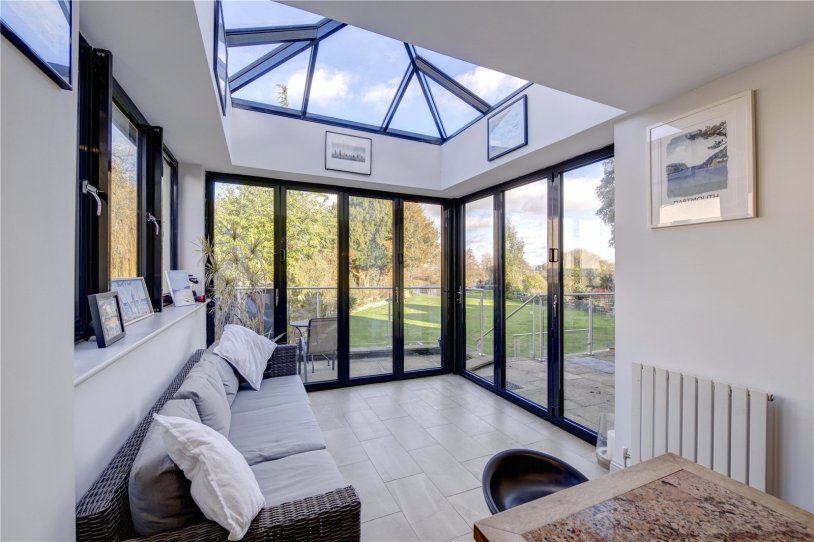 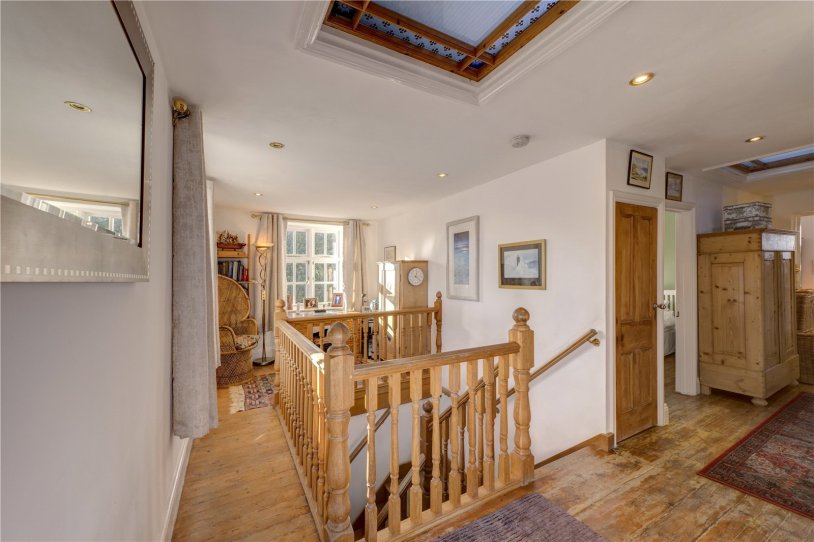 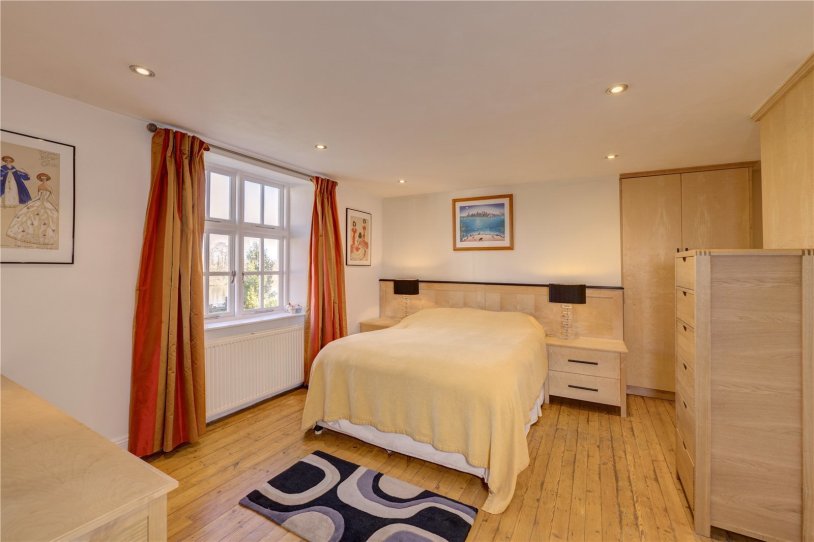 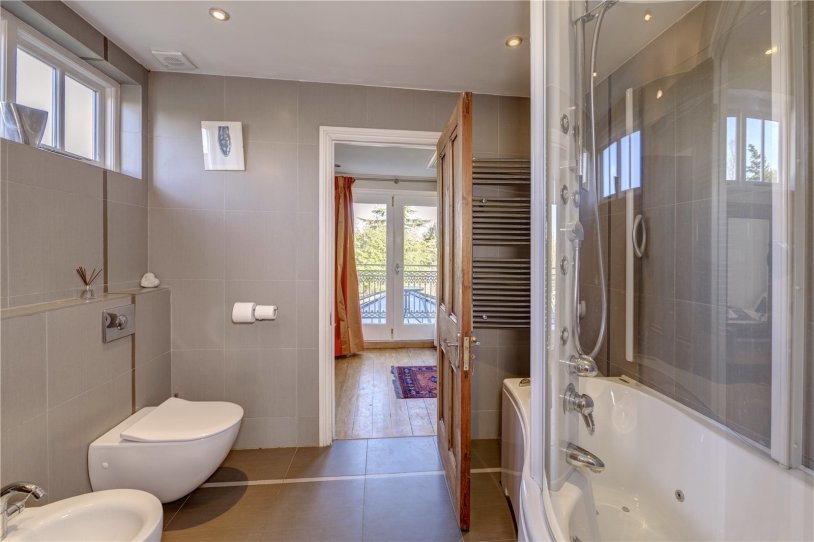 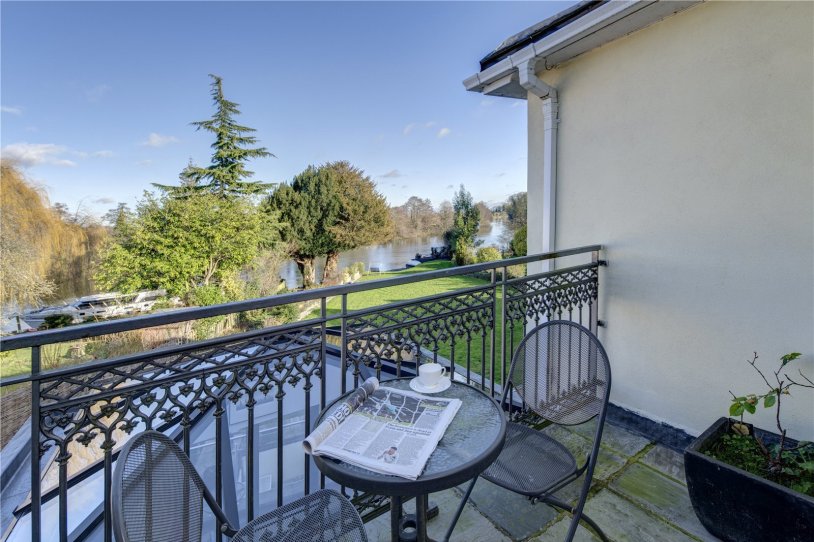 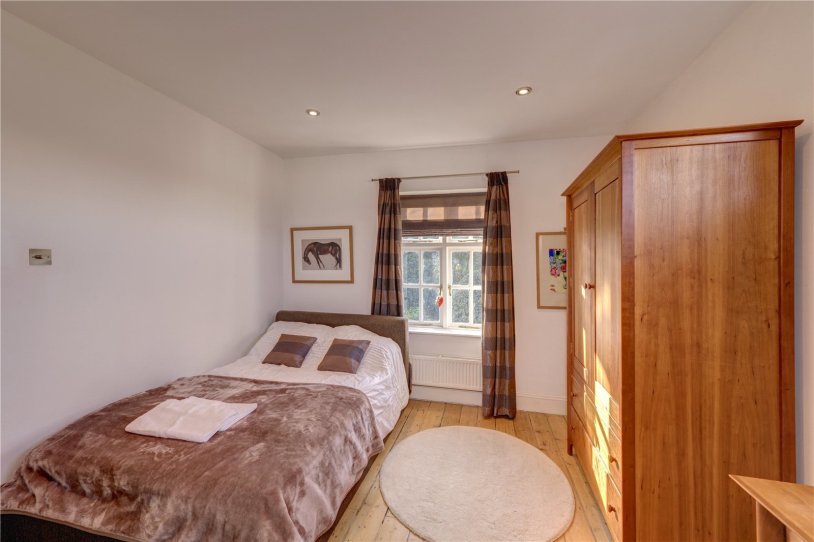 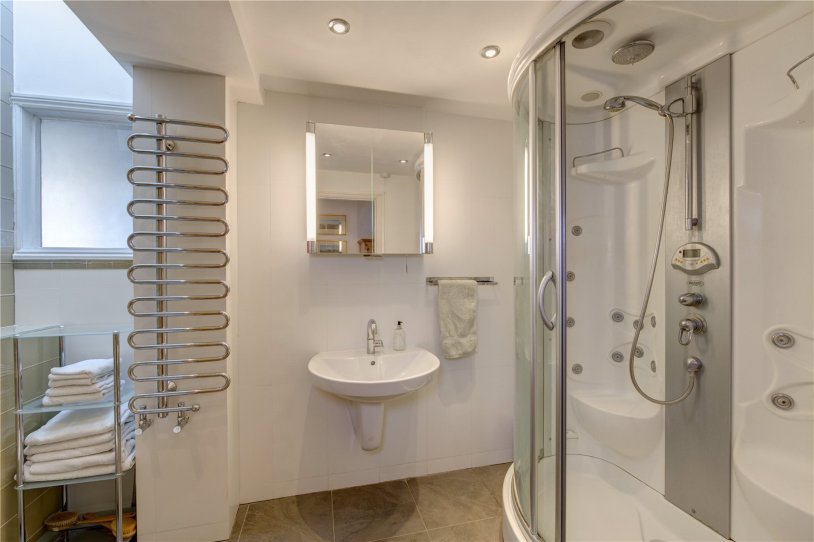 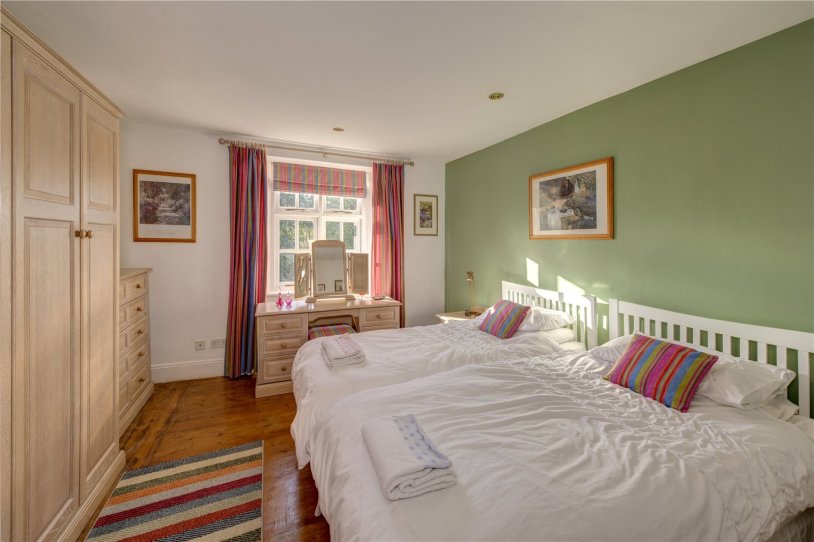 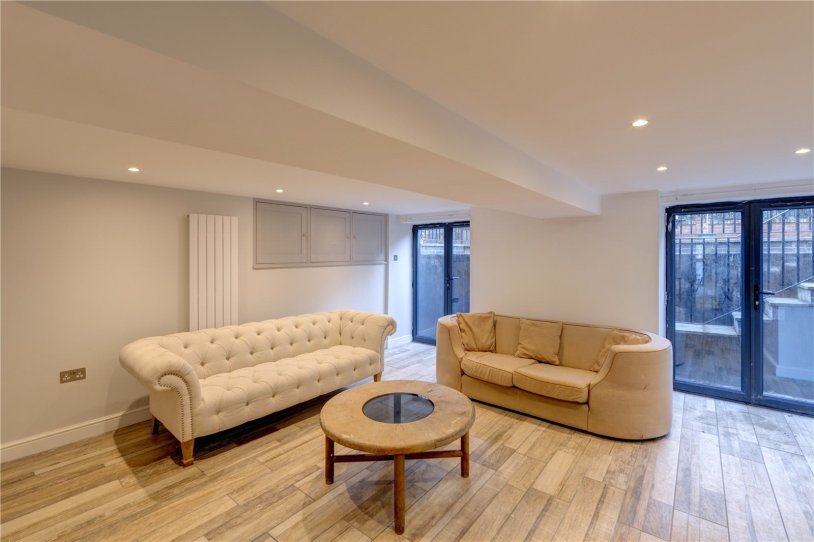 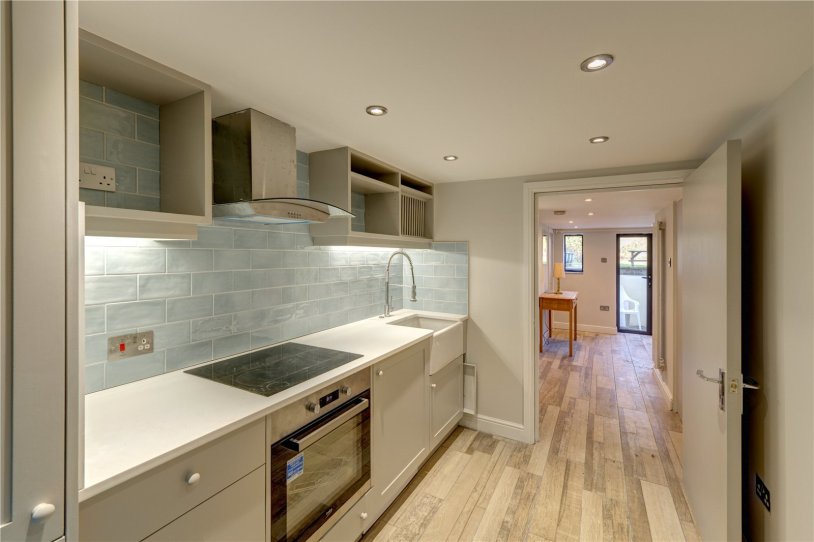 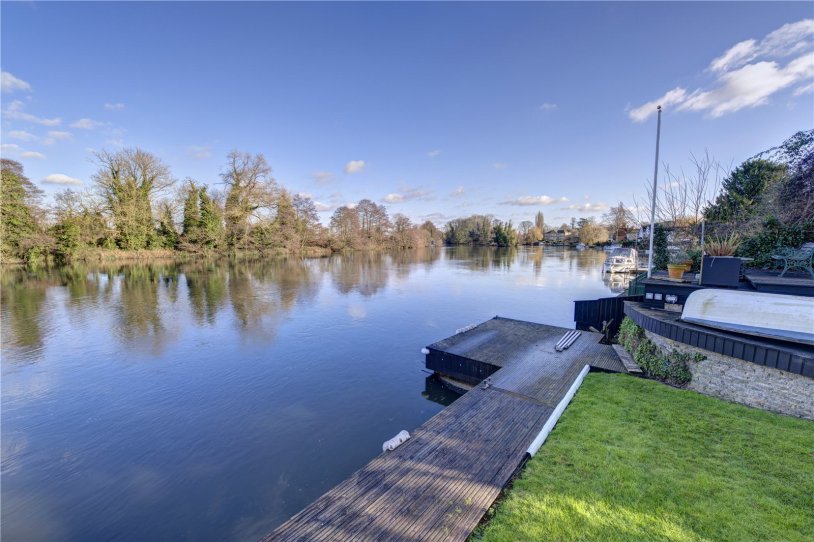 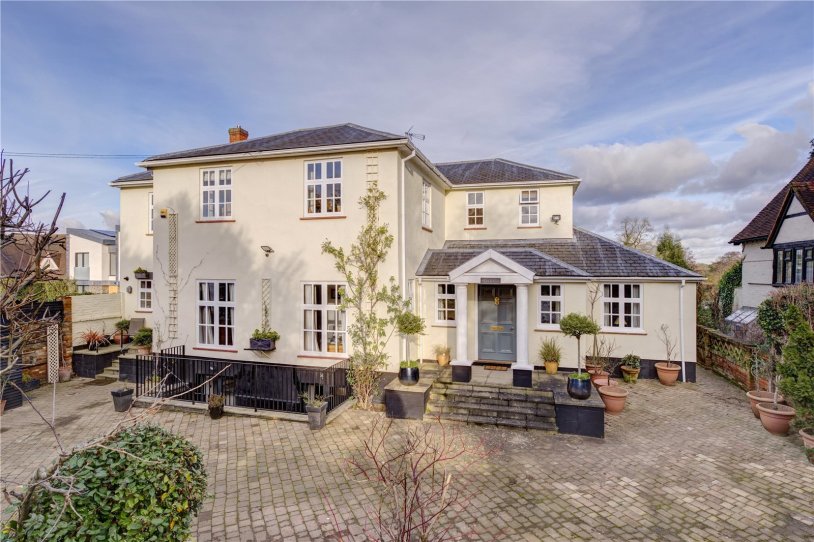 A former vicarage, this magnificent riverside home offers spacious and versatile family accommodation with an abundance of historical features. Enjoying a secluded position within Bray village, the property enjoys approx 44' of direct river frontage with mooring.

Berkeleys started life in the late 18th century when the modest 17th century Vicarage was extended. Successive vicars added on more rooms in the Georgian and Victorian eras when it became a home with 33 rooms designed to accommodate the Reverend Austen-Leigh's growing family in comfort. He wrote the biography of his favourite Aunt, Jane Austen, in 1867 which is still in print and considered to be her definitive biography.

The church sold Bray Vicarage in 1954 and the purchaser divided the vicarage up by reinstating the original vicarage, removing the central section and leaving the remainder which was re-named Berkeleys after an earlier vicar. In the 20th and 21st centuries, Berkeleys was sympathetically refurbished retaining historical period detail but incorporating the modern facilities expected in a home of this standard on the river. Original doors, floorboards and radiators are enhanced with customised carpentry, hardwood double-glazing and high-quality fixtures and fittings.

As one enters the reception hall, the eye is drawn through the double doors to the drawing room and onto the garden and river beyond. There is a real sense of space bringing the great outdoors into the house and making the most of waterside living. Immediately, one is struck by how well this property is suited to entertaining on a large or small scale; many of the ground floor rooms open onto each other and the principal reception rooms are at the rear of the house, making the most of the spectacular views. The garden is accessed through bi-fold doors from two sides of the conservatory and through French doors from all rooms at the rear.

In the winter, the house exudes warmth and conviviality with wood burning stoves in the dining and drawing rooms and the gas-fired Aga in the breakfast room. The double aspect kitchen has been designed with the serious cook and entertaining in mind; there is a Lacanche gas and electric range, overhead Lacanche rotisserie
and grill and a ceramic hob and American fridge-freezer. It features extensive storage in customised units of tiger eye oak with granite work surfaces and a double Belfast sink. There is an original archshaped window set in the wall between the kitchen and dining room. In the summer, the bi-fold doors of the conservatory open up the kitchen and breakfast bar area to the terracing and riverside garden giving a choice of sitting and dining opportunities.

Rising to the first floor via the oak staircase and galleried landing, the master bedroom and balcony and two further bedrooms overlook the river, with the remaining two bedrooms enjoying a front aspect. The three bathrooms are fitted with Villeroy & Boch wall hung units and Hansgrohe taps with a Pharo Jacuzzi bath in the Jack and Jill, a Pharo steam cabinet in the family bathroom and a separate shower and bath in the ensuite.

Situation
Berkeleys is situated in a secluded waterside location in the picturesque village of Bray, which is renowned for internationally acclaimed restaurants including the Waterside Inn and the Fat Duck. The location combines the advantages of village living with the convenience of excellent commuter links to London, the motorway network and Heathrow Airport. There are excellent schools in the area, including Oldfield Primary, St George's and a number of excellent golf courses locally including Wentworth and Sunningdale.

Outside
The rear garden is largely laid to lawn and leads directly to the approx 44' river frontage with mooring, a slipway and dry boat house. The view across the Bray Reach is open farmland. Tiered terracing adjoins the property, providing ample choice for al fresco dining. The lower ground floor of the house can be accessed directly both from the front and rear of the property. This offers scope for self-contained accommodation as it presently comprises a sitting room, bedroom, kitchen and shower room. 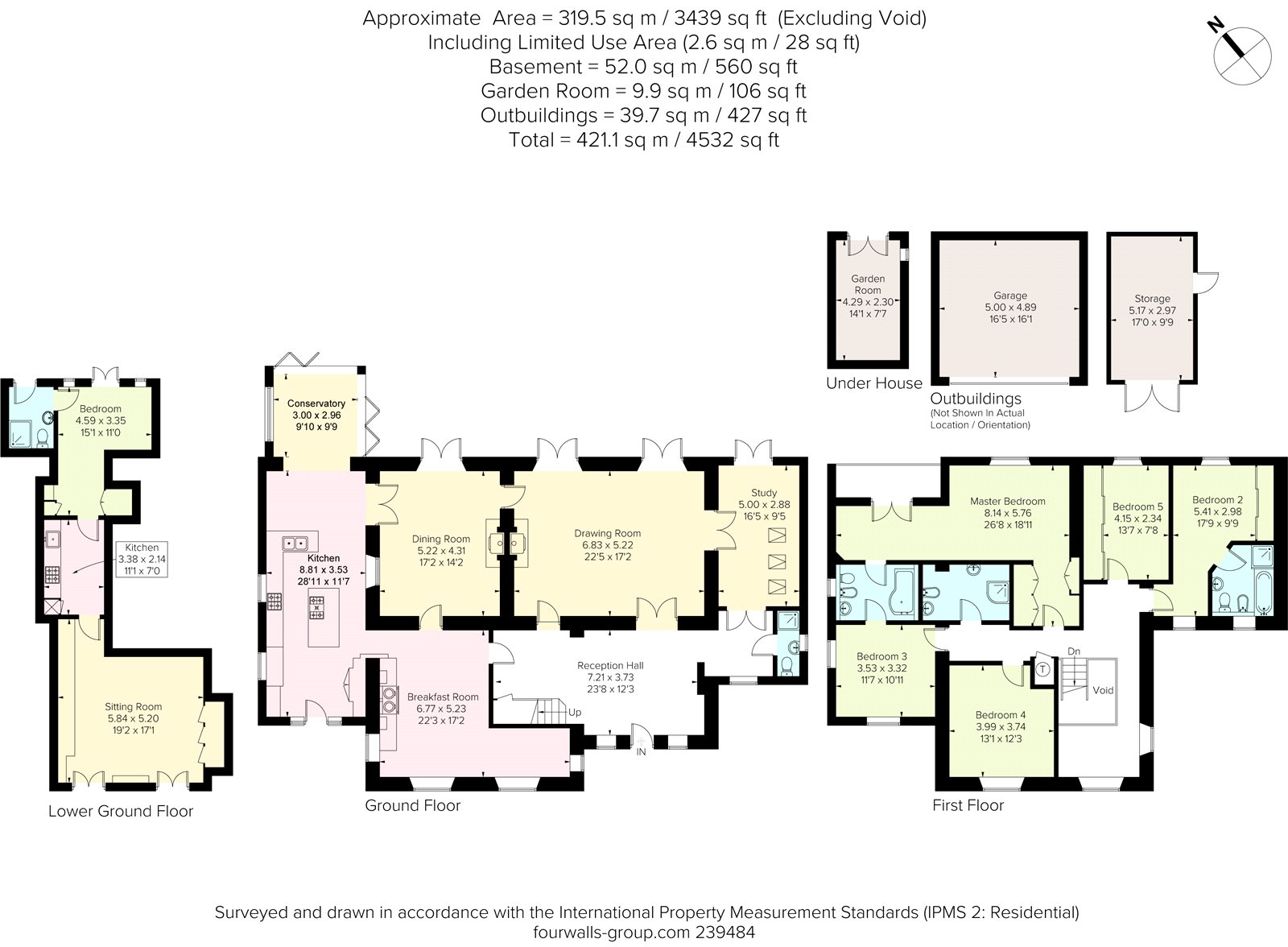 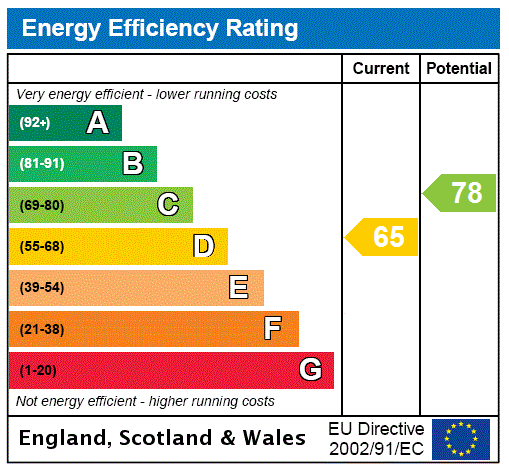 Fill in the form below to request more information or to request a viewing.

Have you also considered: